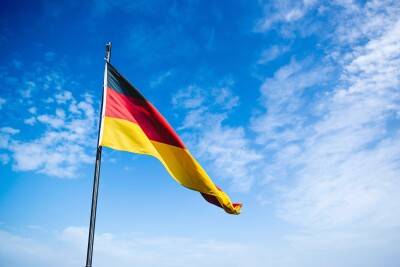 Anyone who does business with a German-speaking region should know one thing. The rules - and etiquette - surrounding the use of the formal or informal ‘you’ - du and Sie - are very different in certain settings in Germany. It has to be said that rigid use of Sie is declining in comparison to a few decades ago. Even so, choosing the right form of address in the right context can still be a sensitive matter.

If you want to know exactly when to use Du and Sie, you should refer to Knigge - who is still considered to be Germany's leading authority on etiquette. The name Knigge is synonymous with Über den Umgang mit Menschen (On Human Relations), published by Adolph Freiherr von Knigge in 1788. The publication has earned the reputation of being the authoritative guide to behaviour, politeness and etiquette even though it was written in the 18th century, while the German word “Knigge” has come to mean “good manners” so it lives on with today's generations.

On his website, Moritz Freiherr von Knigge (1968) offers a golden rule: “Addressing someone as du without being invited? It's better to use Sie uninvited." Sie is polite and formal and creates a respectful distance. According to the etiquette, at the beginning of communication between two parties the formal version is the default. This situation can change later, but not in all cases. To be precise, du may only be used by certain persons or in certain circumstances.
Generally, Sie is used to speak to everyone, until they (or you, depending on who is more senior in rank) invite you to use du, or until you know the person long and well enough to suggest using du. The importance of correct use of Sie and du and the appropriate hierarchy must be respected without exceptions. Even with colleagues of similar rank, or young people, you can't simply abandon Sie unless invited to. Doing so can quickly create an unprofessional impression, and even be seen as bad manners and undermining authority.

According to Knigge, gender also plays an important role. “Ladies first" is the advice. A gentleman should show a lady courtesy and respect. Some see this tradition as hopelessly outdated, for others it is still relevant. This means that the lady is the one who starts using du. So, what about age and seniority? An older person can always address a younger person using du, never the other way around - unless the younger person has a higher rank or the younger one is female. Du has lifelong validity, once you say du to someone, you do not change back to Sie. Switching back to Sie is a way of creating distance to the other person. Furthermore, there is no one-sided du. It's either both du, or both Sie.

Du in advertising, Sie in the store

Even big companies active on the German market can struggle to find the right tone of voice to address their customers. For example, Lidl and H&M use du online. It sounds more relaxed, warmer, more personal, and creates a younger vibe than the more formal and reserved Sie. Large Scandinavian companies don't know precisely how to deal with this balancing act either. It can take some getting used to in the household goods store Dänisches Bettenlager. Customers are addressed as du in advertising and on the large signs in the store, but the staff still prefer to use Sie unless invited otherwise– and that is exactly according to the guidelines preached by the Knigge family.