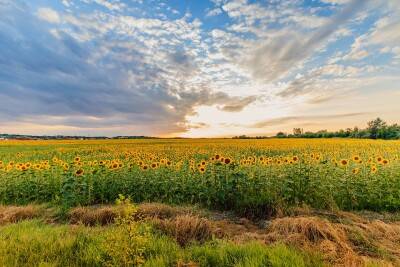 The weather: How the accuracy of weather forecasts is improving

It's not only the biggest talking point in aviation, traffic, the hospitality sector and tourism.... Accurate weather forecasts are also vital in agriculture, fruit production, livestock farming and in all the other sectors that translation agency AgroLingua operates in. In a large-scale research project, Deltares, Wageningen University & Research and the Royal Netherlands Meteorological Institute have studied how using radar technology can help predict precipitation in a very short-term period of up to a few hours ahead. The result: in many cases, radar-based predications of short-range precipitation are very accurate.

This new study established the quality of so-called nowcasting methods. A large-sample analysis of 1533 (heavy) rainfall events spread over eleven years was performed, explains the Deltares website. Deltares is an independent institute for applied research in the field of water and subsurface. “The predictability of the rainfall is clearly linked to the duration of the precipitation and the season. The methods can be used to accurately predict rainfall events of one day's duration up to two hours ahead, with useful accuracy decreasing to a maximum of 25 minutes for short-term precipitation of up to an hour."

Nowcasts easier in summer than winter

The researchers noticed clear differences between cold and warm seasons. In winter, when rainfall is often more persistent and is also of a lower intensity, the quality of the nowcasts is better than during summer, when short bursts of intensive rainfall tend to occur. Even in hot and dry summers, predicting the right location and the possible intensity is, and will continue, to be a major problem. Will it stay dry, will there just be a few drops or will an extremely severe cloudburst cause serious flooding and damage?

In addition, the results show that the predictions are better for larger basins and downwind of the prevailing wind direction. For the Netherlands, with predominantly south west winds, this means that the north east will more likely benefit from these methods than the south west of the country.

The researchers also noticed quite some differences in the results. The more different processes were taken into account, the better and more accurate the predictions. “These are the more recent algorithms, which are often open source, freeing up their application in Dutch water management, but also in other sectors," explains Ruben Imhoff, Operational Water Management & Early Warning at Deltares. “The study has revealed a focus area, as the methods of analysis that were tested all had difficultly predicting rapidly growing or merging and splitting precipitation systems. A further focus on these processes is therefore an important next step."

According to the researchers, the unique thing about this large-scale analysis is that it quantifies where and when we can expect a certain quality of radar rainfall nowcasting. An increasing focus on nowcast uncertainties is recommended to further improve probabilistic radar rainfall nowcasts. The end user will then know sooner if rain is on its way
The study ‘Spatial and Temporal Evaluation of Radar Rainfall Nowcasting Techniques on 1,533 Events’ was officially published in the scientific journal ‘Water Resources Research’.

Do you need a reliable weather forecast in the short term, and professional and accurate translations? Visit our website for the full article or request a free quote from translation agency AgroLingua!