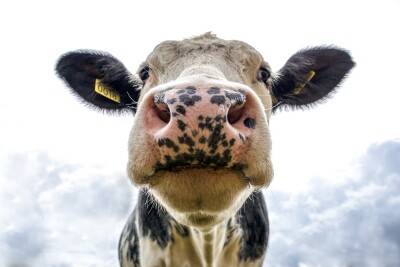 Like humans, cows also need love and relaxation. In the livestock sector, it was already well known that stroking and speaking softly had positive results. A study by the University of Veterinary Medicine (Vedmeduni) in Vienna has now shown that close human-animal contact is of greater benefit than speech delivered through loudspeakers.

It was already apparent from earlier studies that petting cattle, in combination with speaking softly to them, was of great benefit. However, the animals react less positively to recorded and electronically reproduced speech, as research author Annika Lange from the Institute of Animal Welfare Science and Livestock Farming explains: “The results of our study indicate that petting in combination with live speech is more relaxing for livestock than voice stimulus via loudspeakers. The changes in heart rate point to longer-lasting relaxation following live speech communication,” said Lange.

In addition, behavioural indicators reveal whether a cow is relaxed: if they enjoy being petted, cows often stretch their necks out, just as when they lick each other. Additionally, there are, according to Lange, indications that ear position can signify relaxation. Specifically, drooping ears and low ear positions indicate that the animal is relaxed. However, it is not yet clear how exactly different bovine ear positions should be interpreted.

The impulse for the study, which was recently published in the renowned journal Frontiers in Psychology, was the scientific ambition to refine existing experimental procedures. The research team were especially interested in discovering whether standardisation – an important principle in scientific experiments – is also suitable for linguistic stimuli accompanying human-animal interactions that are aimed at producing positive emotions. However, it was apparent that interactions produced fewer positive effects when artificial means such as loudspeakers were used to reach a higher level of standardisation.

Besides the fundamental goal of furthering of scientific knowledge, the results of the research are also of importance for the daily practices in livestock farming. Lange states: “A quick pat and a friendly manner can also be integrated in the daily routine of the business, for example during milking. For the farmers, our experiment again emphasised that it is not a waste of time to pet cattle and speak softly to them. The data generated from the research clearly shows that this has a positive effect on animal welfare. The awareness of positive stimuli during interaction with humans most likely plays an important role in the emotional experience of animals in the relationship. We also know that gentle, friendly interactions also have a positive effect on milk production and on the health of the animals.”