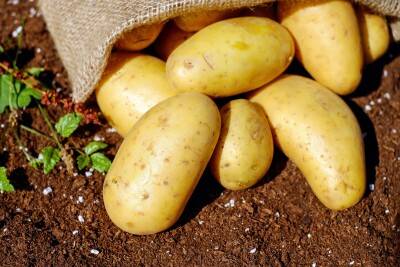 Because AgroLingua translation agency specialises in translations for the agricultural and food sector, potatoes are a staple feature on our translation menu. Our eyes were recently drawn by an article on 38 different potato varieties, that were competing in the “Most Popular European Potatoes” ranking. As the vast majority of potatoes are harvested every year in North-Western Europe, you would expect the candidates from the Netherlands, Belgium, Germany, France and the United Kingdom to stand the best chance of winning. Or not?

A total of 38 potato varieties from 19 countries, from Greece to Finland, were selected for this classification organised by tasteatlas.com, including Yellow Finn, which was allowed to enter under the European flag. Yellow Finn, highly recommended for gratins, mashed potatoes and gnocchi, finished in 16th place. The country with the most nominated potato varieties was Italy with six different varieties. The variety with the highest ranking was Patata di Bologna, which ended in seventh place. France “entered" five varieties, with Fingerling being their best performer claiming sixth place.

Belgium, which has a good reputation as a potato loving country, entered just one contender - Plate de Florenville- which unfortunately didn't make it higher than the 27th place. German growers may also have felt a little disappointed with their results. Lüneberger Heidekartoffeln finished in 33rd place, while Bamberger Hörnla missed a position in the Top 10 by a potato skin (12th).

With four different varieties in contention, the Netherlands started in a strong position. Meerlander came no higher than 24th place, while Opperdoezer Ronde squeezed in to make it to place 18. Slightly higher up the ladder is Bintje, who finished in 13th place. One potato ranks among the top five most popular potatoes in Europe: smooth, red skinned beauty Desiree came fifth.

Beating Desiree in fourth place is Patata Naxou from Greece, to be precise from the island of Naxos. These potatoes are harvested by hand twice a year, from mid-February to March and from August to September. The bronze medal goes to the United Kingdom for King Edward, which has been grown since 1902. This cream-coloured potato with light red spots is often used for the chips to accompany fish. One place higher in the rankings is Lički krumpir, the only potato from Croatia that took part. Potatoes from the Lika region are known for their high percentage of starch, vitamins, minerals and fibre.

And the winner is …

… Maris Piper from the United Kingdom. This variety, which has been grown since the 1960s, is a medium-sized oval potato, which is so versatile it can be used to make roast potatoes, mash, chips and wedges. Maris Piper is often used for chips in the popular dish fish and chips because the potatoes are crunchy on the outside but stay floury and nice and creamy on the inside after frying.