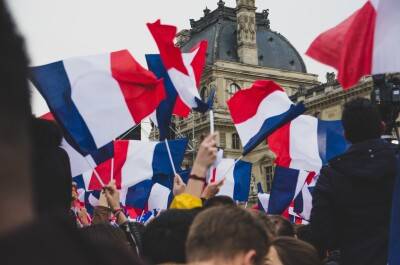 Having a déjà-vu? Or confused by a false friend?

French can be quite confusing to us English speakers. As one of the previous blogs by translation agency AgroLingua explained, there are very many commonly used words that have been borrowed from French. That is not so strange considering the often closely entwined - linguistic - histories of both countries. But what can be quite annoying - or even embarrassing - are the false friends that sound like a familiar English word but actually mean something else in French. Here are some words that might look the same but could cause a faux pas ….

Confusingly, the French words bras and brassiere certainly do not have the meaning that first jumps to mind. They are not items of ladies’ underwear. Bras in fact refers to your arms, while brassiere is a brewery or a bar where you can buy a meal. If you are looking for a nice article of lingerie (French word alert!) next time you visit Paris, remember to ask for a soutien-gorge. If you have no monnaie, it doesn’t mean you are broke. If you hear someone say they have no monnaie, they are saying that they have no loose change. And on the subject of money, what about the word coin? In English it is obviously one of those round metal things weighing down your wallet. In French, however, coin means corner. Booklovers who want to buy the latest thriller should head for une librairie. If all you want to do is borrow a book, you need une bibliothèque.

Although English is a Germanic language it has a lot of vocabulary it shares with French, which is a Romance language. After 1066 when England came under the rule of the Normans, Anglo-Norman French started to creep into the language. English is so close to the French language that according to some sources 45% of all English words have a French origin. Bijou, chic, femme fatale, and panache are just some examples of the many words that add some je ne sais quoi to our language.

Although many French people in business can speak English, they often prefer communicating in their own language. In that case, calling on the expertise of a language service provider is a good idea to avoid making a faux pas.

Do you need the right words for a translation into French? Visit our website and request a free quote.