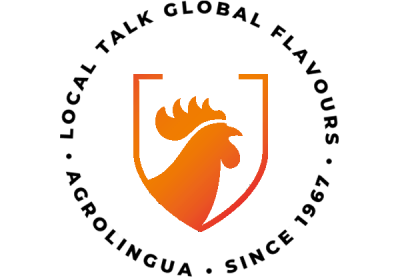 If only it were so simple! You have put a lot of thought and effort into developing a brand or product name and you want to be sure that it isn't ambiguous and that it doesn't evoke any unusual associations. You look up all the books you can find to be sure that the name is not synonymous with some instrument of war or horrible disease. Next you bring in a specialised agency to carry out research on how your brand or product name is received by the general public.
This is all well and good, but well-known companies can still make huge blunders in their choice of brand or product name.

"Hooker", "ugly cow", "little pr**k" and even "f***er": believe it or not, these are just a few examples of what some product names mean in other languages.
For several decades, car manufacturer Ford placed itself firmly in the spotlight with its rather confrontational choice of names for its models. In the 1960s we saw the Ford Comet. There was nothing wrong with that. It all changed , however, when Ford brought this model out on the Mexican market under the name Ford Caliente , not realising that Caliente , which means "hot" in Spanish, generally has the unsavoury meaning "hooker" in Mexico. The Ford Cortina , which dates from 1962,was the second blunder. Cortina , which literally means "curtain "in Spanish, also has a colloquial meaning Spain, and that is "old jalopy". Let's not forget the Ford Fiera, which is Spanish for "wild beast" but also has the colloquial meaning of "ugly cow" when describing a woman.
These choices were not really the best ones, certainly when you consider that more than 300 million people worldwide speak Spanish.

You would expect that "accidents come in threes" - from now on it's plain sailing - but the Ford Pinto was launched on the market in 1970. The name was both easy to pronounce and easy on the ear. But not for the 170 million people who are native speakers of Portuguese. Pinto has a rather crude meaning in that language, namely "little pr**k".

It isn't something you would expect, but our German neighbours can do it too. Ever since 1962 the name of the German coach company Fücker has caused great hilarity among road users. And what do you think of customers of the Rabo Bank in Spain who pay by using a male sexual organ? In Spanish, Rabo is a slang word for "d**k". Whereas in Esperanto it means "I am a thief".

The name used by the Dutch home care organisation Pro Geria is actually a rather painful choice, all the more so because this trade name sounds identical to the word Progeria which is the name of a debilitating disease associated with aging.

Companies don't often consider how the pronunciation of a product or brand name can lead to uncomfortable misunderstandings in translation. Bearing this in mind, IKEA always has its product names checked by an established team of interpreters and translators who transliterate the names as necessary. That is just as well, too, because IKEA found out in this way that Redalen, the name for a bed, sounded very much like the Thai word for oral sex. Jättekul, the name used for a plant pot, was also said to have sexual connotations in the Thai language.

At AgroLingua we have native speakers who can assess whether or not your product name has any strange connotations. They have expert knowledge of the cultural norms and values of their native country. Furthermore, they are also up-to-date with the latest developments in the areas of language and linguistic variation. They can also indicate if a product name is similar to a word with associations that you do not wish for your business. When translating your web content and marketing texts, our translators take care that your texts and product names do not have any unsavoury connotations in the language concerned.